The nationally-renowned chefs and cookbook authors were assisted by MCI chefs and students during lunchtime and evening presentations in the Culinary Demonstration Kitchen on Clifton Campus.

The visit from the “America’s Test Kitchen” chefs was a fundraiser for local PBS station WCET.

The presentations were recorded as part of the 20th anniversary of “American’s Test Kitchen,” which is described as “the most successful cooking show on TV.”

MCI Executive Chef Jason Lafferty, who is also an Associate Dean for the Business Division, said Cincinnati State was selected to host the local events because of the College’s “top-notch facilities.”

“Chefs Bridget and Julia praised our students, staff, and facilities during and after their presentations, which was an honor for us,” Chef Lafferty said.

Hope Reed, a publicist for the TV show co-hosts, said: “We have been to facilities and television sets across the country, and this was the most professional event we have been a part of because of Cincinnati State’s facility, staff, and students, providing support to CET.”

President Monica Posey welcomed campus guests to the Nov. 21 events and gave a brief introduction to the College. 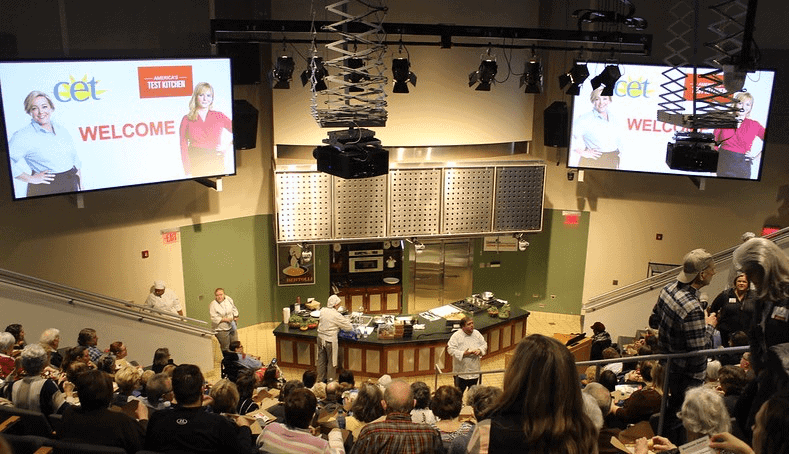 Chefs Julia and Bridget prepared for their demonstration