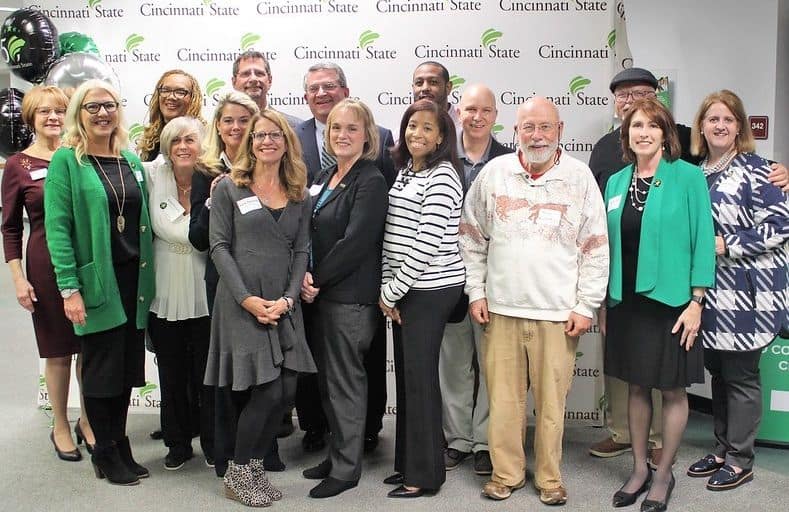 Co-op coordinators present and past celebrated at the 50th Anniversary event.

More than 100 cooperative education, clinical experience, and internship employers, along with College faculty and staff members and other guests, attended the 50th Anniversary Co-op Celebration on Oct. 29, 2019. 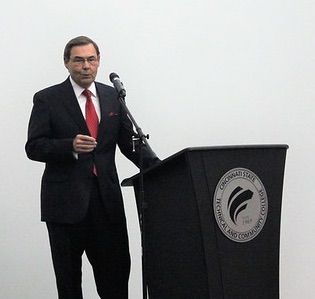 The event’s keynote speaker was Dan Cayse (right), a retired College faculty member and administrator, as well as past president of regional and national co-op organizations.

Dan described some of the early history of co-op at the College, and shared examples of the dedication and creativity of College employees who helped co-op and the College thrive.

He also praised the employers who have supported the College’s co-op program for the past 50 years.

Co-op Student of the Year Scholarships of $1,000 each were presented to Sydney Lewis, a Medical Administrative Assistant major at Middletown Campus with a 3.75 GPA, and to Skyler Shepherd, who is majoring in Business Management, and has a 3.5 GPA. (Both are seen below with Provost Hoopes and President Posey. Skyler is next to Provost Hoopes.) 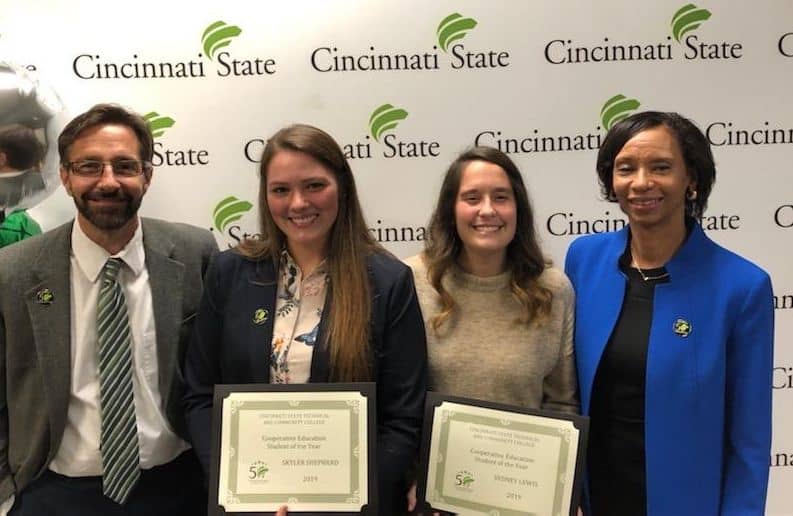 Provost Robbin Hoopes described experiential education as “an amazing gift” to students, and noted that it is “part of the DNA” of the College.

President Monica Posey spoke about the College’s legacy of co-op and “the fantastic future ahead of us” in the College’s 50th year.

She noted the College’s significant economic impact in the region, which is partly due to the large number of Cincinnati State graduates who remain in the region and are employed locally, sometimes by the same organizations where they worked as co-op students.

A 50th Anniversary of Co-op documentary video prepared by Cincinnati State Audio/Video Production majors Kyle Ballman and Rae’ven Reed (photo below) had its “world premiere” at the event. The video can be viewed on the Cincinnati State Co-op YouTube page at https://www.youtube.com/watch?v=14v0CbzBMuA&t=17s. 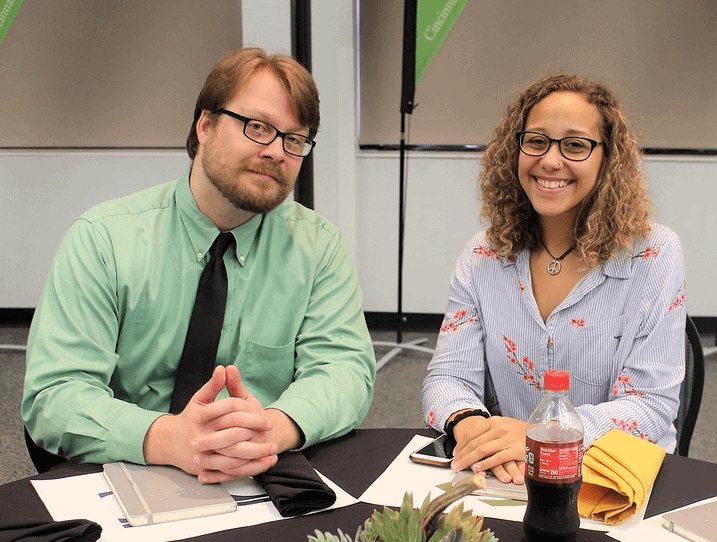