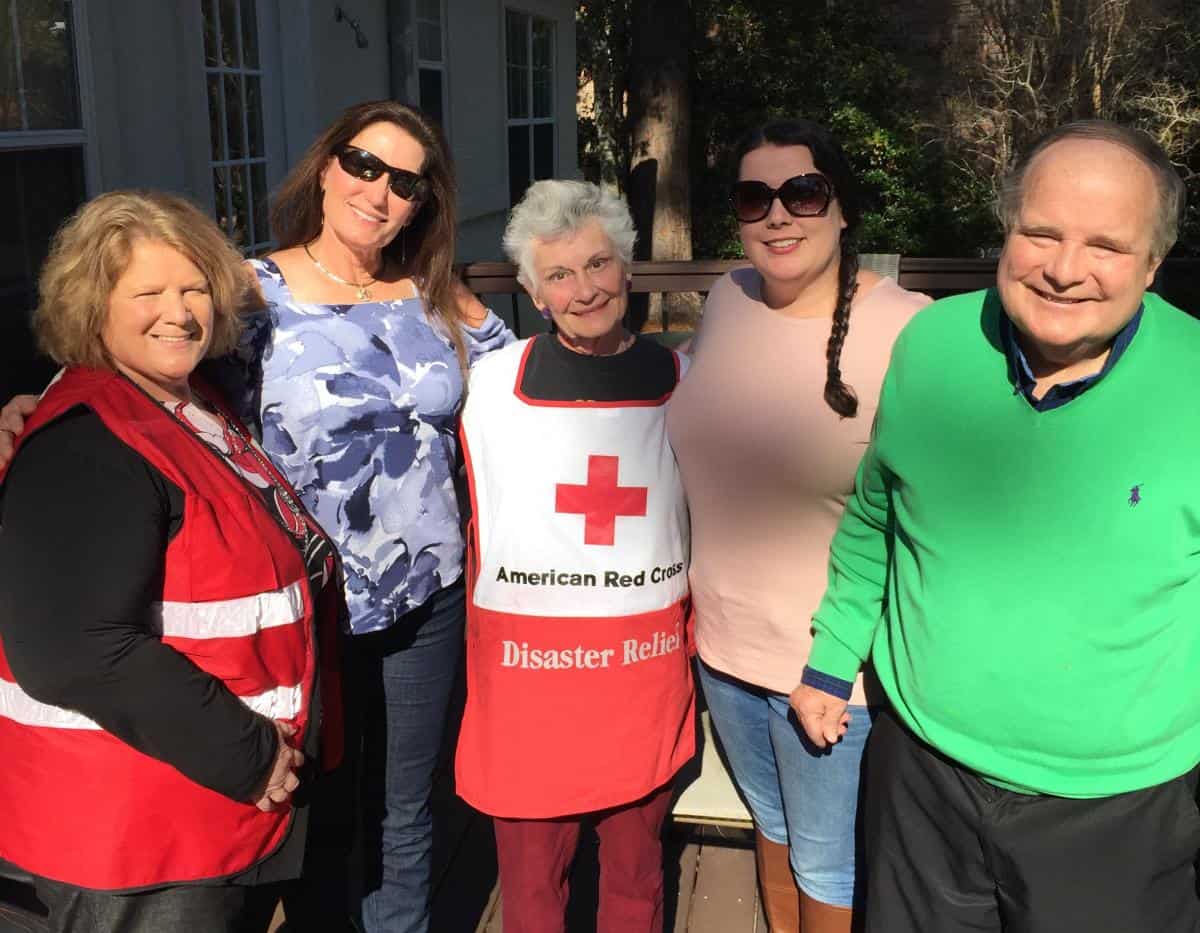 Practical Nursing Professor Dr. Susan Batory (on the left in photo, with other volunteers) spent much of the Fall Semester helping those who were affected by Hurricane Michael, after the Category 3 hurricane struck the U.S. in early October 2018.

Sue was a volunteer for the American Red Cross, providing help to residents of Georgia and Florida.

“During my non-teaching semester I was deployed twice to work as a Disaster Health Service Supervisor,” she said,

“My first deployment, in October, was in Seminole County in southern Georgia– the area that was ‘ground zero’ after the hurricane hit.”

Sue served as the nurse in a shelter that housed approximately 80 people and also helped with outreach to victims of storm damage.

Her second deployment, in November, took her to Panama City Beach, Florida, She served as the Health Nurse for other volunteers, and also was part of the Integrated Condolence Care Team (ICCT).

“As an ICCT Nurse, I worked with coroners to visit families who lost loved ones due to the hurricane,” she said.

“In spite of the substantial devastation that was still present a month after the hurricane hit, it was very rewarding to be in a role that brought comfort to people.”

Sue noted that she serves locally as the volunteer lead for ICCT work in the Greater Cincinnati region when there is a loss due to disaster such as a fire.

Sue has been deployed three times in her 18 months as an American Red Cross volunteer. In October 2017 she worked in Las Vegas, assisting in the aftermath of the mass shooting that occurred there.

“I plan to continue as a volunteer nurse,” Sue said. “I’m honored to represent the Red Cross and to help those in need by providing compassionate care.”

“I also hope I’m serving as a role model for our nursing students,” she added. “I’m proud to represent all of the wonderful Americans who volunteer their time and skills to support others when disasters strike.”