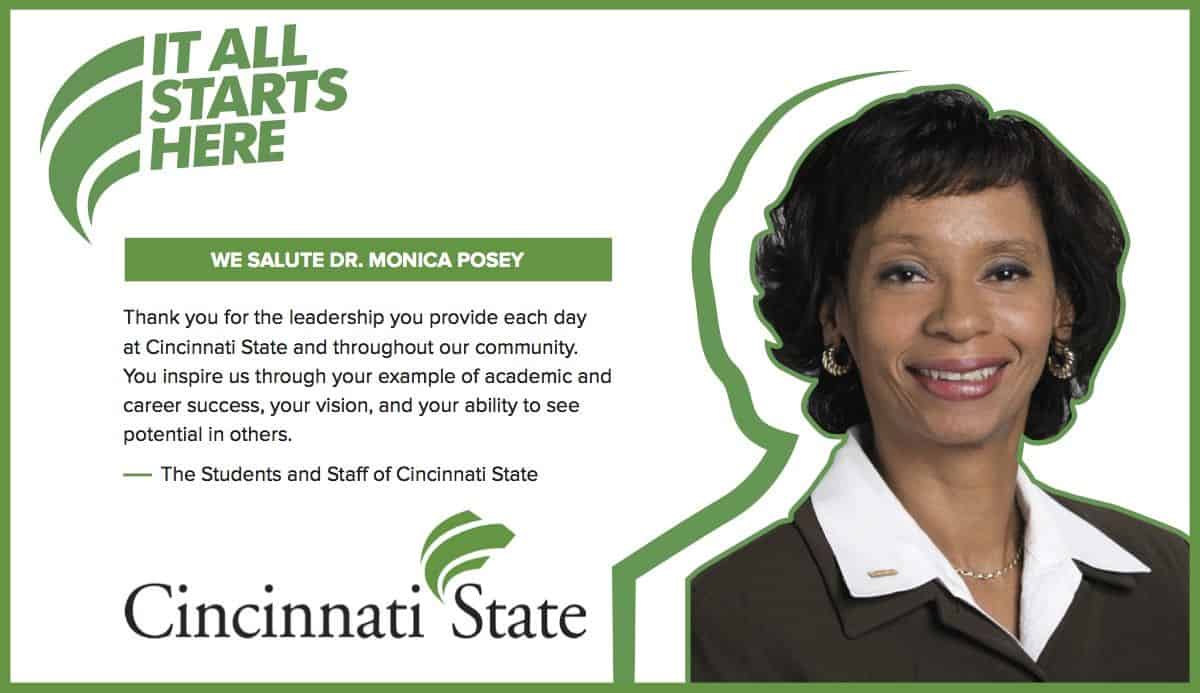 President Monica Posey has been recognized by Cincinnati Magazine as one of the 300 “most powerful leaders” in the city, and as one of only eight leaders selected in the Education & Health category.

The Cincinnati 300 list was announced in a special issue of the magazine released in late February 2019.

A congratulatory message from the College community (above) appeared in the magazine.

According to Cincinnati Magazine Editor-in-Chief John Fox, the selection process included studying the region’s largest public, private, and non-profit companies, as well as considering those who serve on key oversight boards for regional organizations.

Each Cincinnati 300 recipient was asked to share personal stories and helpful advice. Dr. Posey’s biographical profile from the magazine is below.

Cincinnati State Trustee George Vincent also was selected for the Cincinnati 300, as one of eight individuals in the Professional Services category. Mr. Vincent is the Managing Partner of the law firm Dinsmore & Shohl. 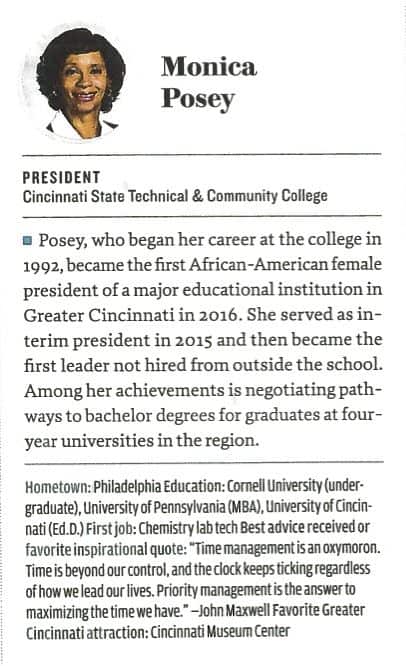