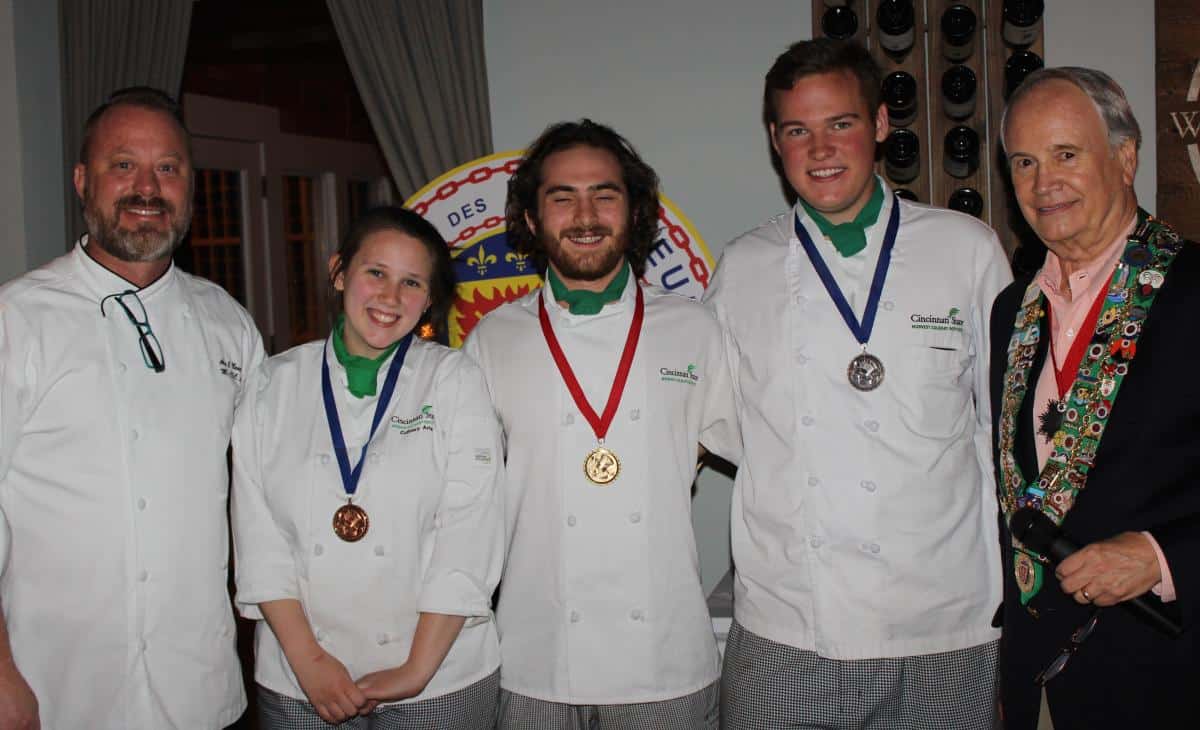 According to faculty member Chef Alan Neace, “It was a great day of cooking and camaraderie with our culinary students.”

Each competitor was required to write a menu and then prepare their meals in only 90 minutes.

La Chaîne des Rôtisseurs is the oldest and largest gastronomic organization in the world, with about 6,000 members in the US, in approximately 125 Bailliages (chapters). The Cincinnati chapter was established in 1981.