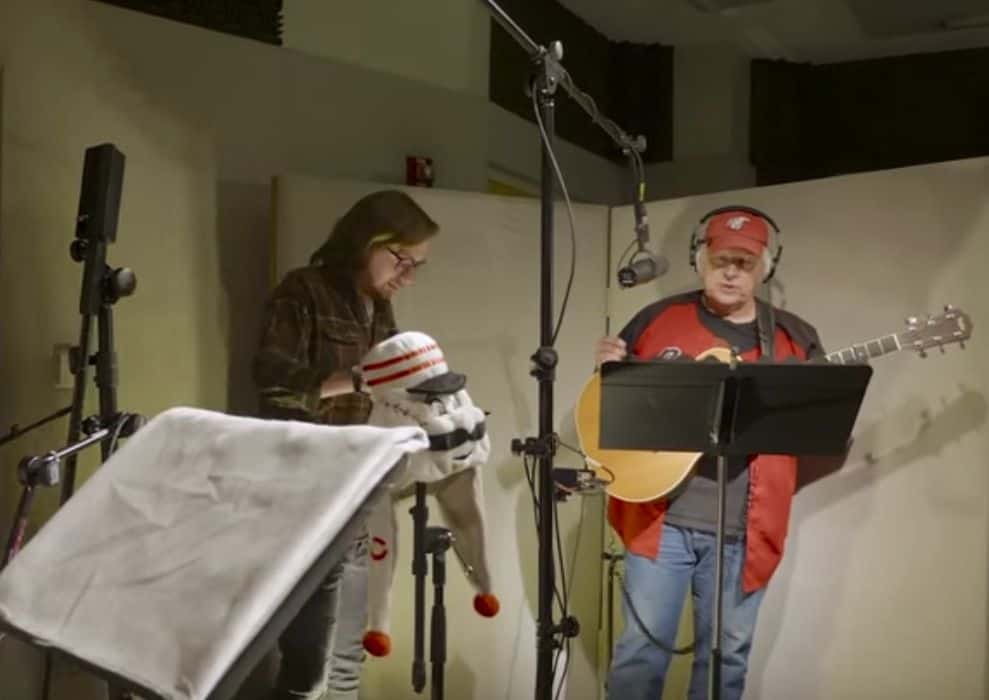 Students and faculty members from Cincinnati State’s Audio/Video Production (AVP) degree program got into the swing of the baseball season early by serving as the volunteer production crew for the recording and video of local musician Dave Hawkins’ new song, “Opening Day Parade.”

“Opening Day Parade” is a remake of Hawkins’ 2002 song “Opening Day” and honors the 100th anniversary of the Findlay Market Parade.

“It was great working with the students,” said Hawkins (on the right in photo). “This was a rush project, and to take a song and do what we did, taking it all the way from initial concept to what we ended up with was amazing.”

The recording and video were produced in campus studios, with some on-location filming mixed in.

Students participating in the project needed a working knowledge of several technical skills, so it was a perfect fit, according to Dave Killen, Program Chair for AVP.

“To use a baseball analogy, we train our students to come out of college as multi-position players so they can enter the workplace in any number of positions and move on and up from there,” Killen said.

“Just about every one of our adjunct instructors is a working professional, and that helps students connect with employers,” said Professor Christian Appleby, one of the faculty members who worked with the students and Hawkins on the “Opening Day Parade” project.

“We probably recorded 20 versions of ‘Go Reds’ and then mixed the results,” Tekulve said. “The students had a blast, got some experience, and some credit, too.”