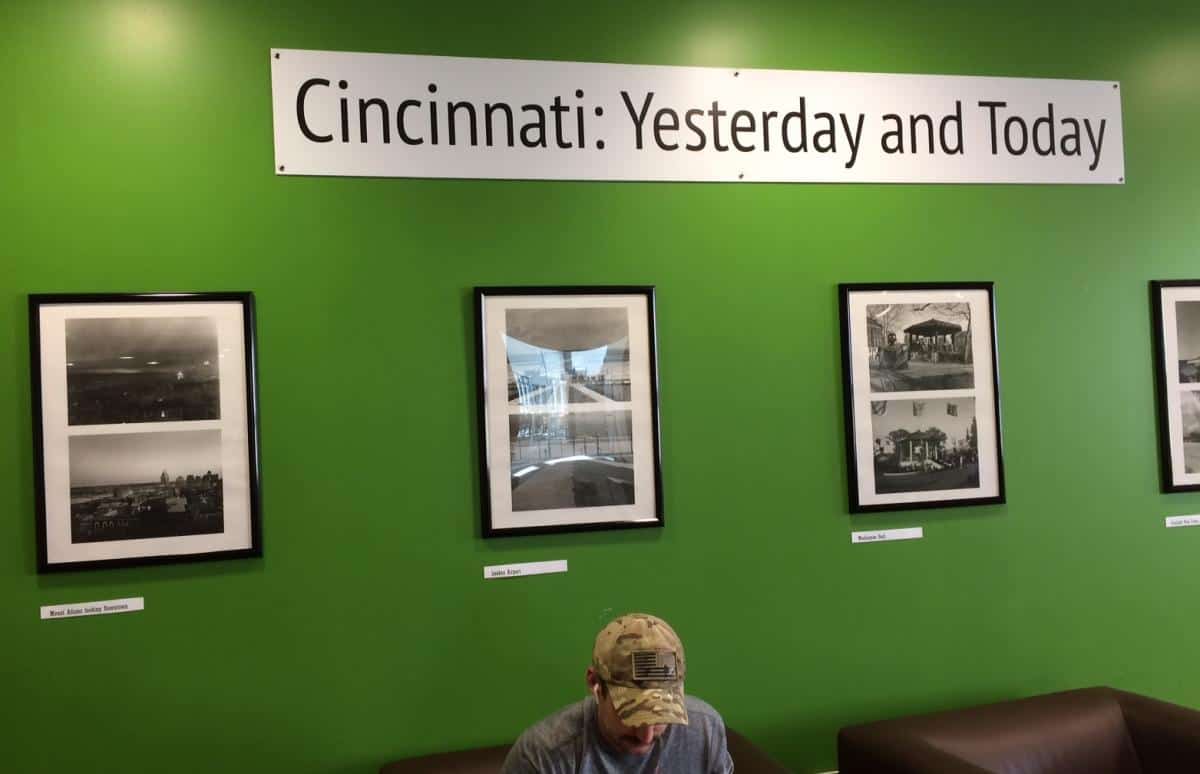 Next time you’re walking through the Advanced Technology & Learning Center (ATLC) building on Cincinnati State’s Clifton Campus, pause for a while and enjoy the unique photo exhibit currently housed in the First Floor Lounge, titled “Cincinnati: Yesterday and Today.”

Each of the 16 photo-pairs on display includes a Cincinnati location as seen in the 1930s to 1950s, along with a recent photo of the same location.

Signs in the ATLC Lounge explain the “backstory” of the exhibit and identify the locations and photographers.

Exhibit curator Kip Eagen said the photo collection “showcases how the city has changed, but kept its charm.” 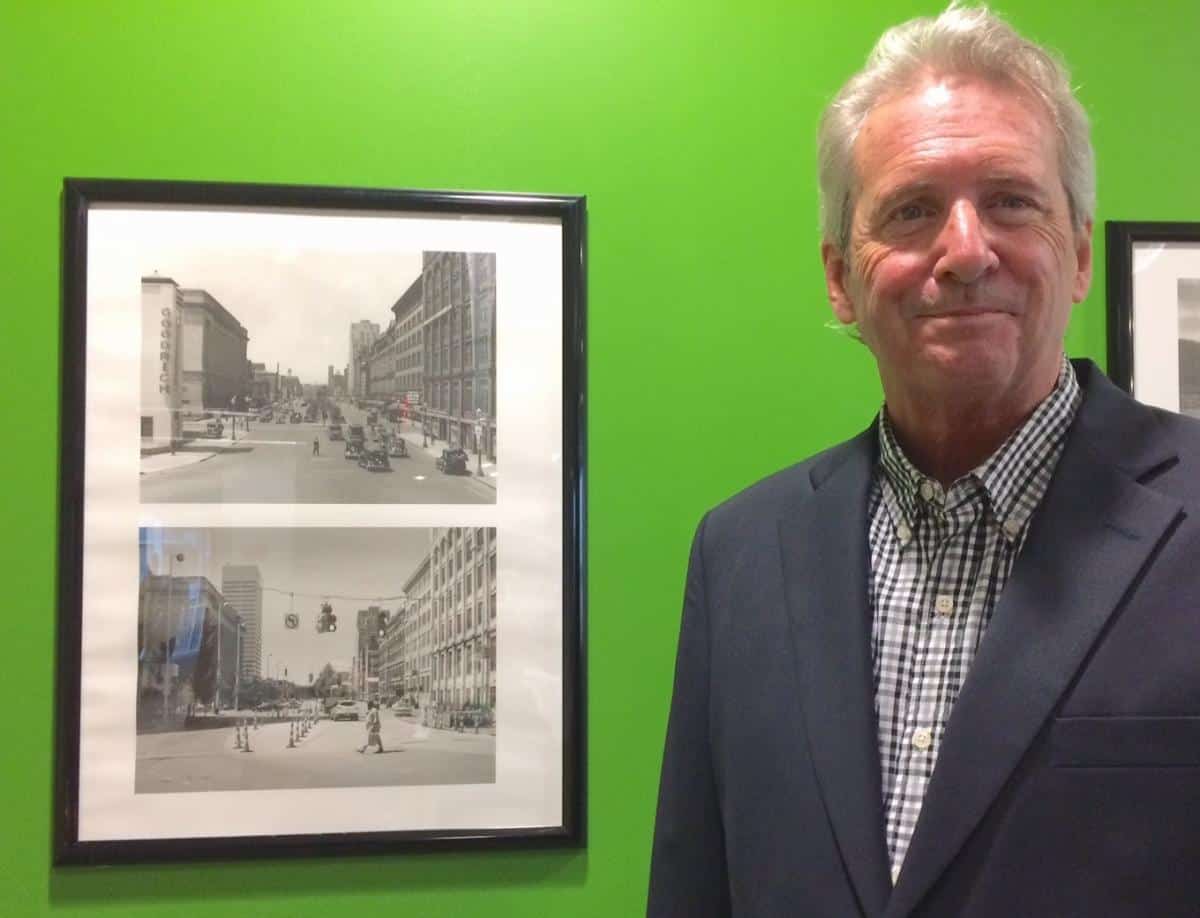 Kip (seen at right with the photos of Central Parkway) is an independent arts administrator, curator, and public art consultant.

His previous work includes 10 years as the director of the Tangeman Fine Arts Gallery at the University of Cincinnati, and leadership roles in other museums.

Kip said it’s interesting to note how some of the contemporary photographers tried to “reinvent” or recreate the elements of the older photo.

“Some of the photographers took time to pose the figures in their new photos just like those in the original,” he said.

The contemporary photos initially were taken in color in 2012, and then produced as black-and-white images in 2014.

Kip lives near the Clifton Campus, and often takes walks through campus.

“The walls of the ATLC Lounge seemed like a great display space for this public art project,” Kip said.

The photos will remain on display throughout Fall Semester 2019 (through December).

Historical photos by Paul Briol were the starting point

Originally, the “Cincinnati Yesterday and Today” exhibit was part of the 2012-2013 presentation of FotoFocus, an annual celebration of photography in Cincinnati. The first exhibition included a display of the paired photos on the LED video board at Fountain Square as well as a “traditional” photo exhibit at Cincinnati Museum Center.

The historical photos were selected from the Cincinnati Historical Society’s collection of photos by Paul Briol, a journalist, photographer, and bookstore owner who lived and worked in Cincinnati from 1909 to the mid-1950s.

According to MuseumPublicity.com, “Briol produced images almost exclusively working with a tripod-mounted 8 x 10-inch-view camera, and often spent hours printing a single photograph to his exact specifications. The finished prints present an extraordinary degree of detail, mastery of light and shadow and a dramatic sense of composition that characterizes his photographs of 20th century Cincinnati.”

Kip said “Cincinnati Yesterday and Today” has been displayed several times during the past few years, including installations at retirement communities, where the older photos became the catalyst for written and spoken remembrances by residents.

Kip said he was pleased to find support for the exhibit at Cincinnati State. “Seeing work like this is a small but significant way to enhance the experience of attending a community college,” he said.

Kip hopes to continue working with College personnel to bring other public art projects to Cincinnati State in the future.