Cincinnnati State faculty member “made a difference” for a graduate 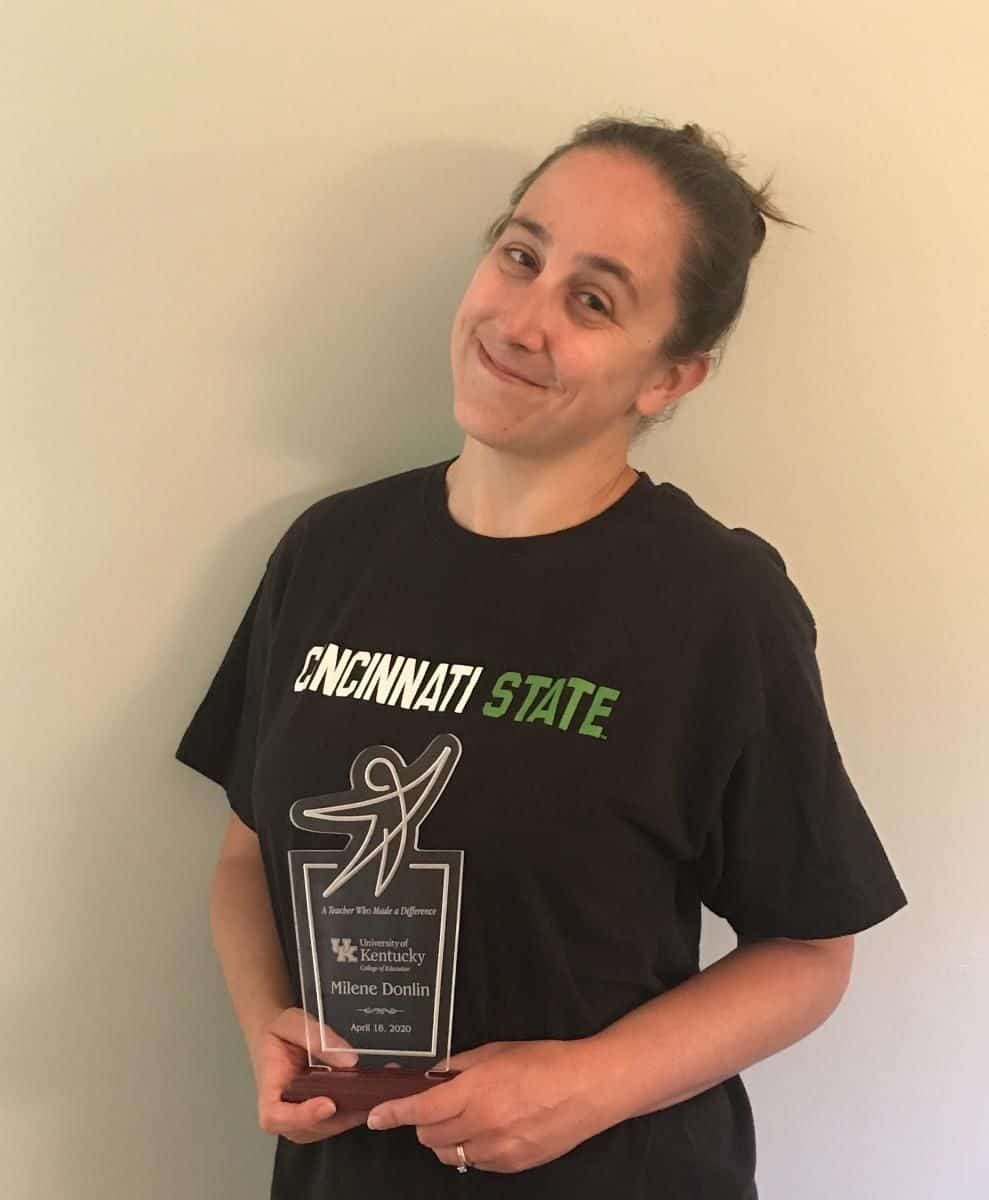 Biology Department faculty member Milene Donlin received an award from the College of Education at the University of Kentucky as a 2020 “Teacher who Made a Difference” to a UK student.

Milene was nominated by Kristie Larsen, a graduate of Cincinnati State’s Nursing program who is now earning a bachelor’s degree in Nursing at UK.

Any UK student can nominate an educator who made a difference in his or her life, no matter where the educator lives or earned their degree.

Kristie’s nomination letter said that Milene’s approach as an instructor for an Anatomy and Physiology 2 class “showed genuine concern and care for her students’ progress and success.”

The annual recognition event for “Teachers Who Made A Difference” was canceled because of COVID-19, so Milene received her award by mail.

Milene said, “I had no idea this was coming, and I was touched that Kristie took the time to recognize me.”

“I’m part of a larger system of great teachers here at Cincinnati State and couldn’t do it without the support of my colleagues and administration,” Milene added.

“It’s really important to me to be part of my students’ educational and career journeys and to make any positive impact I can on their lives,” Milene said.