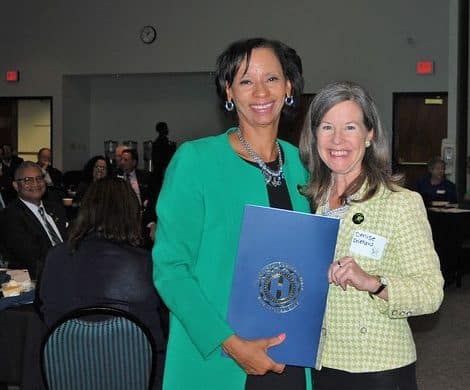 Commissioner Driehaus said Cincinnati State has given the community “a lifetime of legacies that benefit all.”

Board of Trustees Chair (and College alumnus) Mark Walton is seen seated at left in the photo. 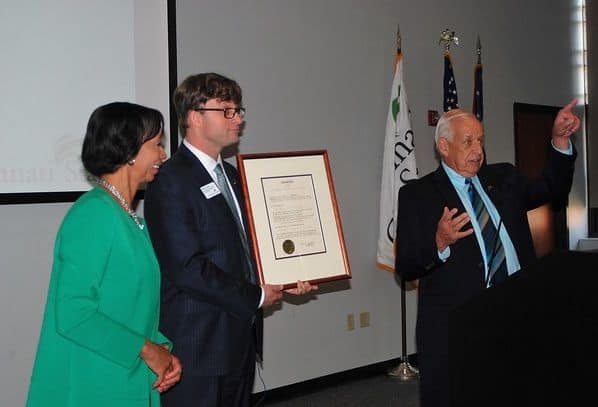 Another highlight of the program was the “rededication” of Cincinnati State’s Charter from the Ohio Board of Regents (now the Ohio Department of Higher Education).

On this day 50 years ago, the College–then known as Cincinnati Technical Institute–received its Charter from the Ohio Board of Regents. The College’s official start included 650 students who were enrolled in a small number of technical degree programs.

Foundation Board officer John McClure welcomed guests and said that a goal for Cincinnati State’s future is to “become well known, and no longer be the community’s ‘hidden gem.'”

Mr. McClure also said that the College’s endowment funds have grown to $9 million in the past several years. 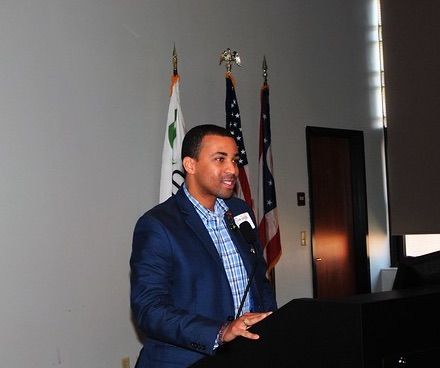 Rep. Sedrick Denson (left), who represents the 33rd District in the Ohio House of Representatives, noted that Cincinnati State plays a critical role in workforce development, which is a critical need for the State.

In addition, Rep. Denson told the story of his cousin who attended the College, where he “gained dignity, and is now a success” in making a meaningful life for himself and his family.

Ken Stoll (right), who was valedictorian of the College’s first graduating class, and later served as a faculty member and academic administrator, spoke on behalf of all of the College’s founders, including those who established the original Cincinnati Cooperative School of Technology in 1966. 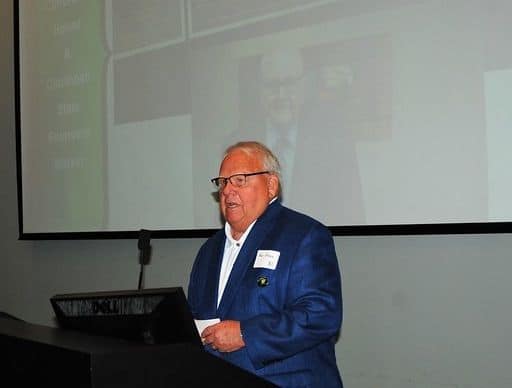 The slide behind Ken in the photo recognizes Cliff House, the College’s first President.

Other founders who were in attendance are seen in the photo at the bottom of this article.

The culmination of the program was Dr. Posey’s description of the Economic Impact Study commissioned by the Cincinnati State Foundation, and conducted by EMSI (EconomicModeling.com), a leading national provider of labor market data.

The EMSI study concluded that Cincinnati State adds tremendous value to our region — $657 million annually. That is the equivalent of more than 10,000 jobs supported by Cincinnati State.

Click to download the 9-page Executive Summary of the Economic Impact Study, or the 2-page Fact Sheet with study highlights. Both documents also are available on the 50th Anniversary page of the College website.

Wrapping up the program, Dr. Posey urged all present to “celebrate with us today, and all through the year.” 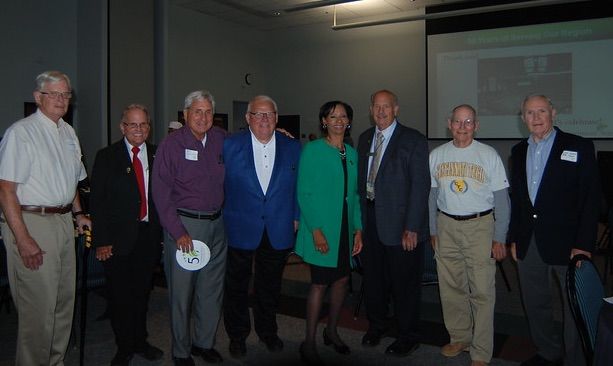