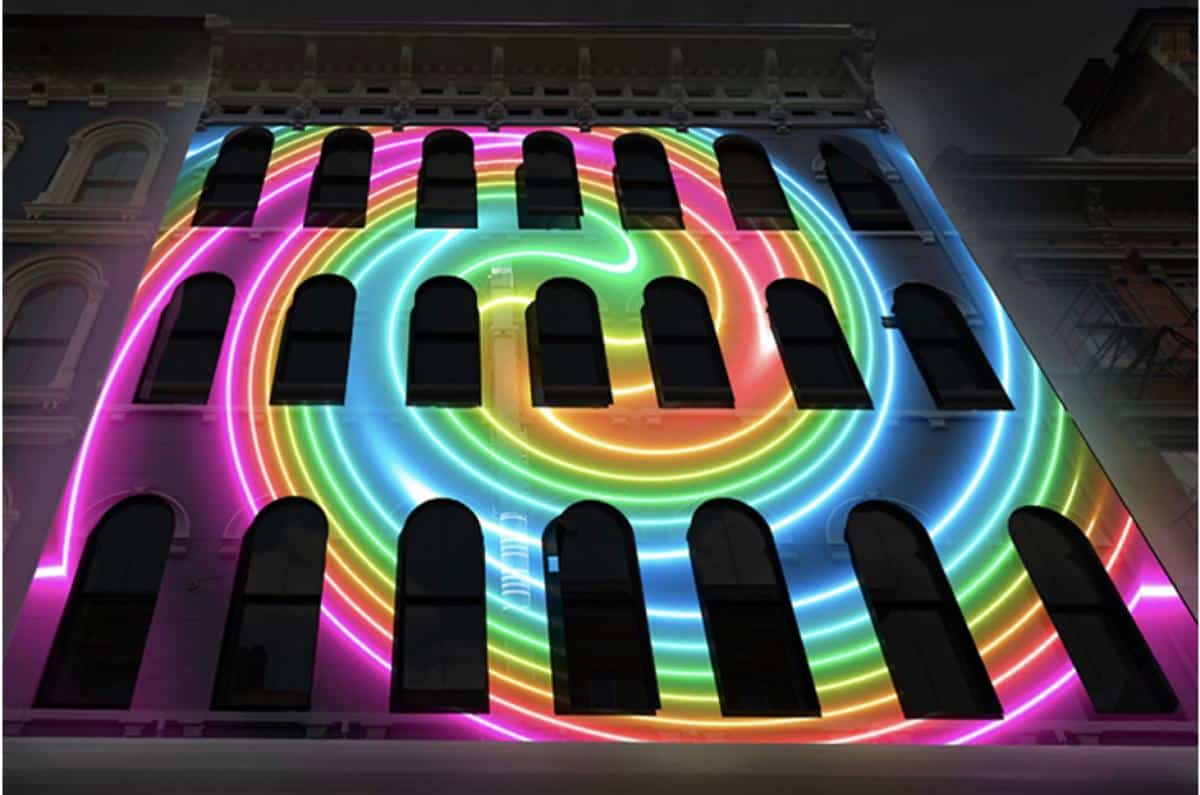 Two of the works at the 2019 BLINK Art & Light Festival held Oct. 10 to 13, 2019, were created by graduates of Cincinnati State’s Graphic Design program.

“Through Neon” (photo above), a projection above Aladdin’s Eatery on Main Street, was designed and animated by freelance animator/artist Greg D’Amico, whose official BLINK biography stated, “Almost a decade ago, while studying graphic design at Cincinnati State, Greg D’Amico fell in love with animation.”

CityBeat described Greg’s work as a “must-see” part of the Festival, and said it was “inspired by the retro aesthetics and neon works of the 1940s and ‘50s, … in swirls of hot pink, highliter green and neon yellows, oranges and blues.” 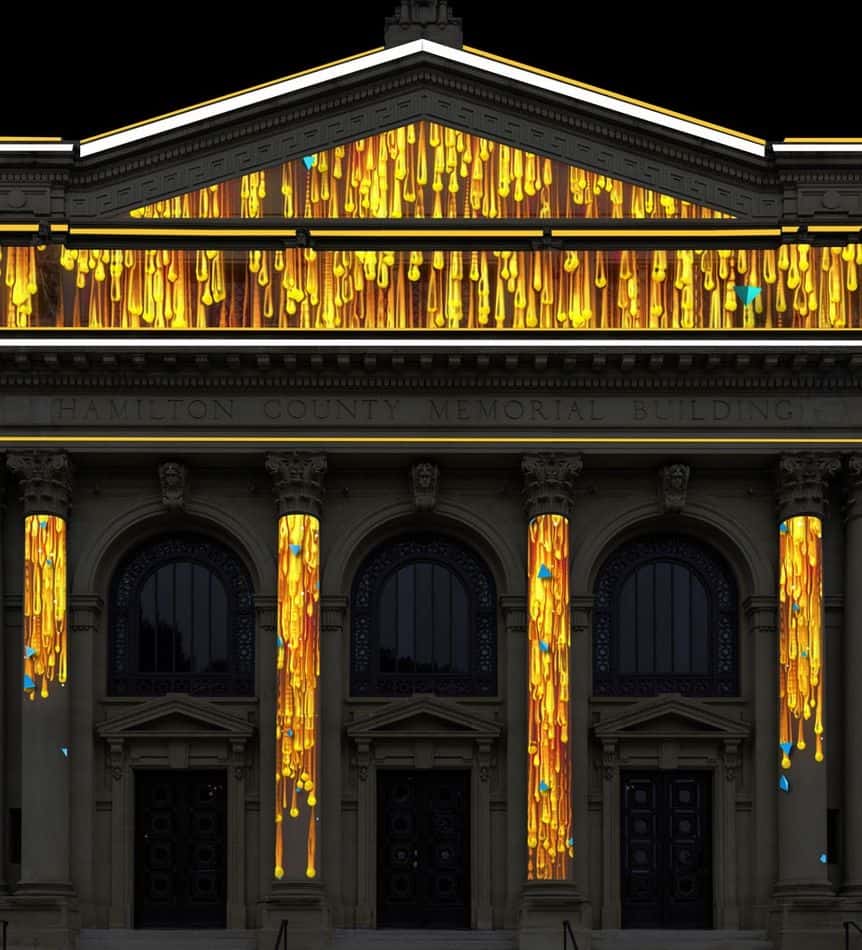 Mike described his work as, “highlighting the building’s underlying geometry, shapes will devolve from being clean and orderly into a more colorful and amorphous mixture. The piece challenges the notion that degeneration and beauty are at odds with each other.”

You can view a 2-min. video of “Entropy” in motion on the WLWT.com website at https://www.wlwt.com/article/23-luminous-lights-and-sights-from-blink-cincinnati-festival/29436315 (scroll down to #9).

Foster and Flux also contributed works to Lumenocity 2015 and BLINK 2017.

For BLINK 2019, Cincinnati State was one of three official Metro Park & Ride locations, offering free parking to BLINK attendees. A report on WCPO.com said that nearly 15,000 rides were provided from the three locations.

Chief of Advancement Elliott Ruther said the Cincinnati USA Regional Chamber and Metro reached out to the College about becoming a Park & Ride location as a result of Dr. Posey’s College advancement efforts in the community.